In 2014 we developed an award winning IoT solution for the monitoring and control of devices from a smartphone via domestic broadband. That system allowed the controlled devices to be beyond the building, linked by a direct radio connection from the home. Significantly, it did this without repeaters or mesh technology.

That system’s primary advantage over 2.5Ghz radio was the use of a Sub-1Ghz radio band. It is well known that lower frequencies give longer radio ranges in free space, but they also give longer ranges in the real world, both inside buildings and through external walls. This is shown in the graph below from Ofcom’s “Building Materials and propagation”

We are currently working on IoT systems using WiFi, Bluetooth and cellular as well as Sub-1Ghz. We’ve extended the Sub-1Ghz range using mesh technology opening applications beyond the home, in the garden, into the neighbourhood, across hospitals, schools, offices, factories and farms. 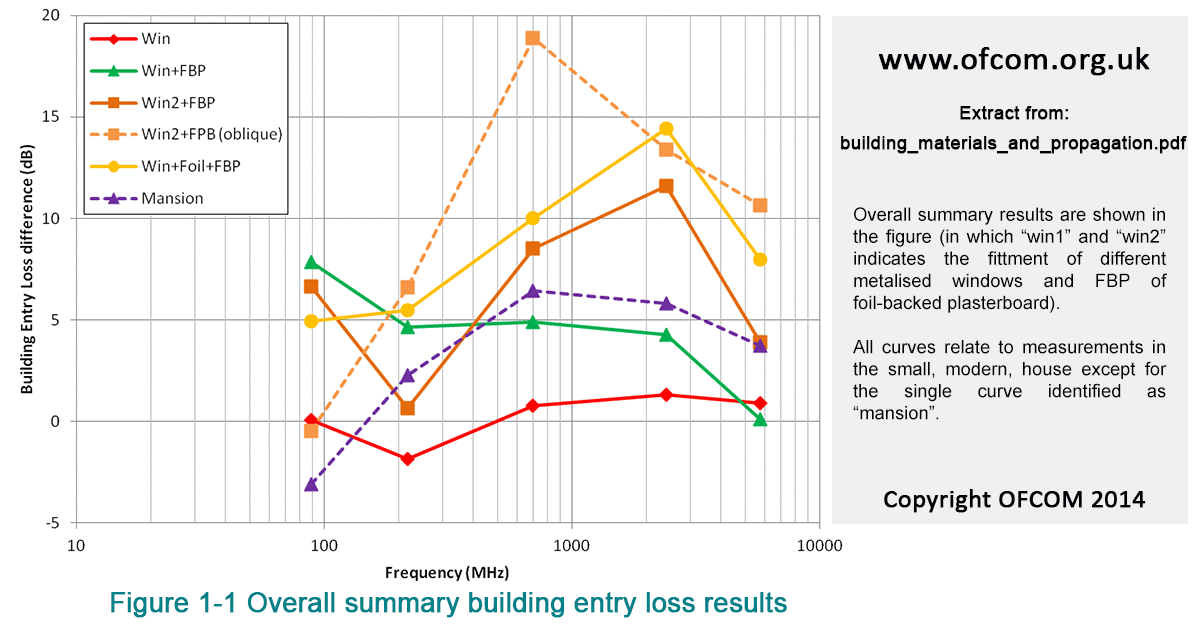